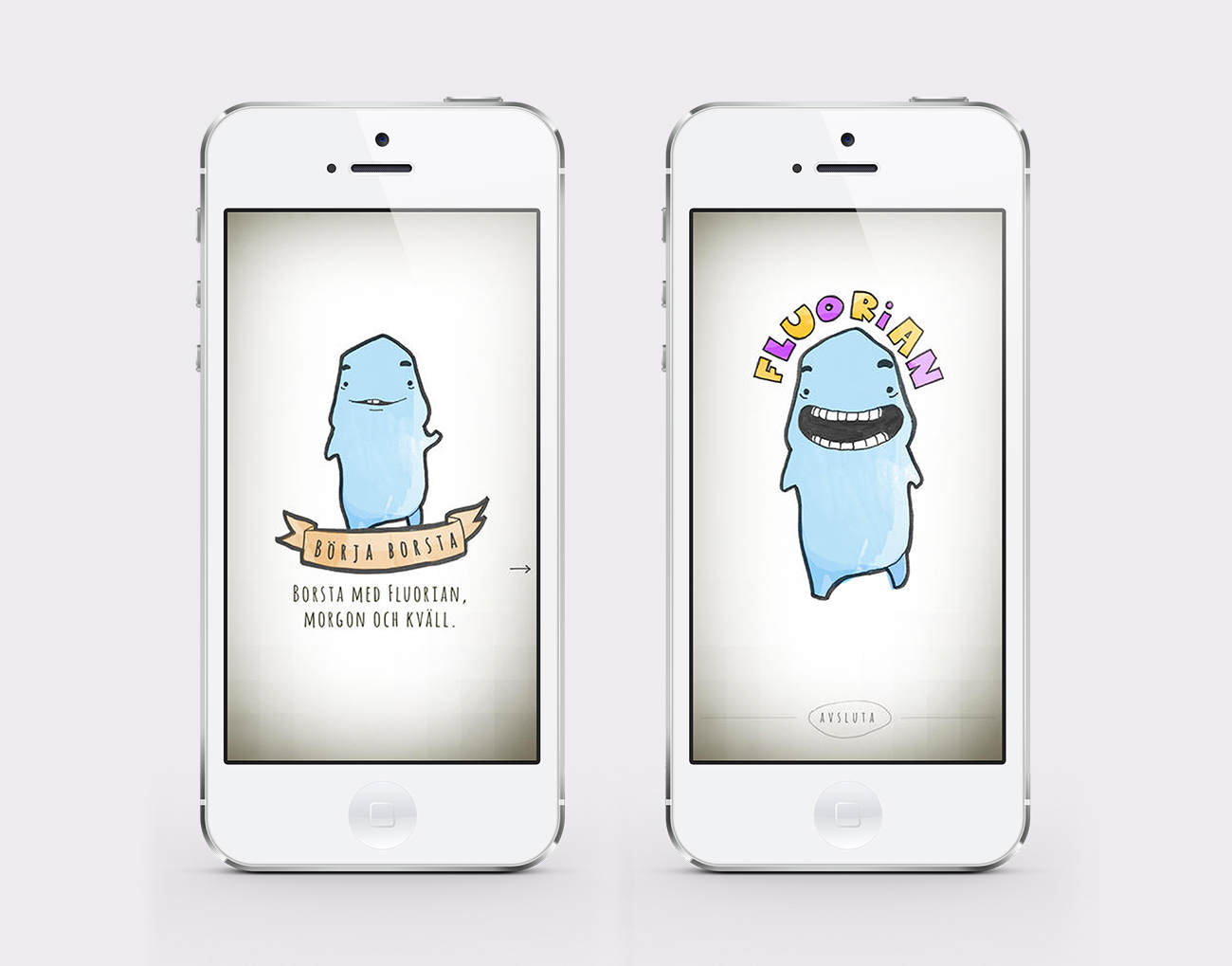 When Ncuma came to Stendahls they had a severe problem â€“ they really needed to increase the amout of money they raised. Previous mail campaigns had struggled to raise any substantian amounts, largly due to the fact that their â€brandâ€ among charity organisations were far to unknown.

Instead of going the same route the previous agency had tried â€“ the mail campaign â€“ we used the Fight Lab method and put togther a workshop with a team of 10 of the Stendahls creatives and 20 creative students from the local ad school YRGO.

Once in the Fight Lab, the participants focuses on coming up with lots of ideas over a super short amount of time and a heavy duty use of â€yes, and…â€ in small teams.

The idea chosen after the 25 minute long workshop were to create an app aimed at Swedish families. Our insight were that young kids usually hates brushing their teeth. If we could create an app that makes the toothbrushing process easier and more fun for the kids, and to always stay on the kids side, the parents would buy the app. And the money would go straight to Ncumas work in South Africa.

The team that produced the app did it as a Stendahls // Labs project, focusing on what we each wanted to try out. The character â€Fluorianâ€ were designed and then animated by the art director Mattias who had never done any animations and so on.

As a pro bono project, all work â€“ both at Stendahls and our collaborators â€“ were made for free.